In response to the Islamists murder of 2000 Nigerians, the world must burn 2000 Korans in protest.  The Koran is the holy book of Islam, the inspiration for their war against nonmuslims, for their carnage of civilians, innocent men, women and children.  This book causes inhumanity and mislead people into becoming monsters.  Truly this books is from hell.

One can buy a copy from the internet although the Muslims can try to trace you there.  One can also try the bookstores and thrift shops and pay cash.  Also, use a grill or an approved site before someone calls it in. 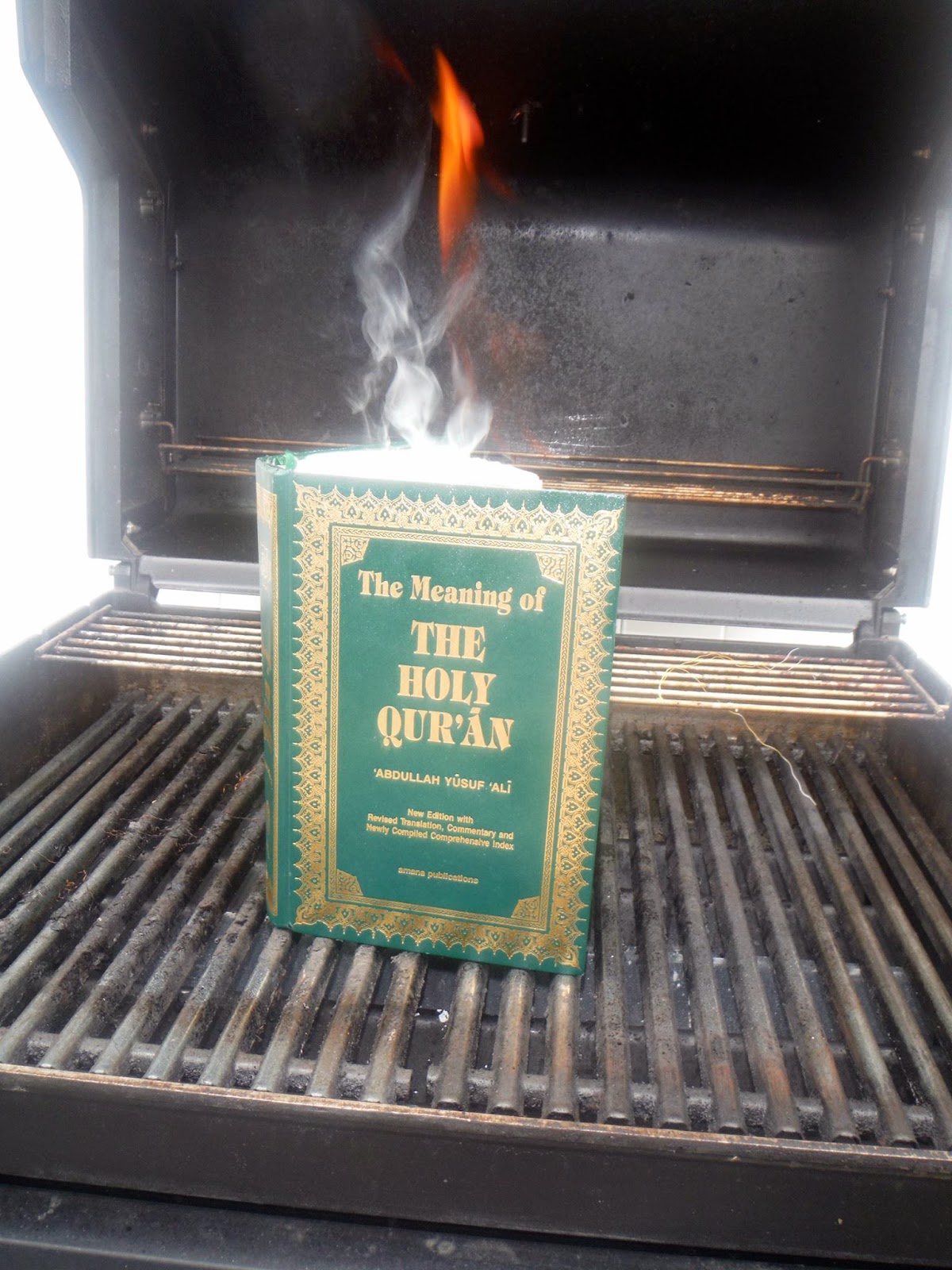 HUNDREDS of bodies — too many to count — remain strewn in the bush in Nigeria from an Islamic extremist attack that Amnesty International suggested Friday is the “deadliest massacre” in the history of Boko Haram.
Mike Omeri, the government spokesman on the insurgency, said fighting continued Friday for Baga, a town on the border with Chad where insurgents seized a key military base on January 3 and attacked again on Wednesday.
“Security forces have responded rapidly, and have deployed significant military assets and conducted air strikes against militant targets,” Omeri said in a statement.
District head Baba Abba Hassan said most victims are children, women and elderly people who could not run fast enough when insurgents drove into Baga, firing rocket-propelled grenades and assault rifles on town residents. This photo from April 2013 shows a young girl standing amid the burned ruins of Baga, Nigeria. (AP Photo / Haruna Umar file ) Source: AP
“The human carnage perpetrated by Boko Haram terrorists in Baga was enormous,” Muhammad Abba Gava, a spokesman for poorly armed civilians in a defence group that fights Boko Haram, told The Associated Press.
He said the civilian fighters gave up on trying to count all the bodies. “No one could attend to the corpses and even the seriously injured ones who may have died by now,” Gava said.
An Amnesty International statement said there are reports the town was razed and as many as 2,000 people killed.
If true, “this marks a disturbing and bloody escalation of Boko Haram’s ongoing onslaught,” said Daniel Eyre, Nigeria researcher for Amnesty International.
In Washington, U.S. State Department Spokesman Jen Psaki condemned the attacks.
“We urge Nigeria and its neighbours to take all possible steps to address the urgent threat of Boko Haram. Even in the face of these horrifying attacks, terrorist organisations like Boko Haram must not distract Nigeria from carrying out credible and peaceful elections that reflect the will of the Nigerian people,” Psaki said in a statement.