Summoned by Our Lady to Rally for Life ? 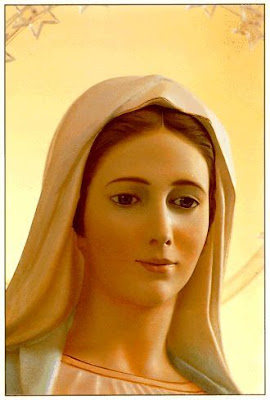 He might as well describe Notre Dame, Indiana this summer as people from all walks life will unite in solidarity with the poorest in American society - the children who do not even have their mother’s love and have been deprived of their chance and right to live. They are being executed in cruel and barbaric ways - vacuumed to pieces, chemically burned, et. al. And that has been audaciously promoted by the president by removing the right of conscience for Christian health care workers, reversing the Hyde amendment and thus using Medicaid dollars to pay for abortion and
covering abortion in the new health care plan.

What started as an imprudent invitation for a commencement speech in the Catholic university of Notre Dame is turning into an unprecedented expression of rage and anguish for the murdered babies and the healers who are being forced to murder. More than another march for life, this will become the historic stance to define the vigorous and unyielding opposition to the culture of death in America and the world.

Notre Dame, Our Lady, will become the rallying figure for all who defend life. Then again, who is to say that she has not been the one summoning her children.

When it comes to the right to live versus the choice to murder, there is no middle ground. The inalienable right to live cannot be summarily dismissed. It is absolute regardless of the belief system. If one sincerely seeks the truth, then the right to life is self evident because, it is granted by the Creator to His creature. And no other creature can deprive another of it. That is why, abortion is an affront and offense to the Creator first and foremost. This makes the battle lines clearer as between those who submit to God and those who refuse to serve Him.