Video: You are invited on Tax Day

For an event near you, see http://www.teapartypatriots.org/

When St. Thomas Aquinas was in the seminary, he was taciturn so much so that his classmates thought that he was dumb.  His classmates tested him and said, "Look I see a flying cow."  At that, St. Thomas turned to the window.  "He actually thought that cows can fly!", they scoffed.  "I find it more plausible to believe that a cow can fly," St. Thomas responded, "that to think that a cleric can lie."

The Indiana Right to Life Political Action Group think the same about Democrats supporting the unborn such that they decided today to barr endorsing Democratic candidates.

“Our leadership anguished over this decision,” notes IRTL-PAC chairman Mike Fichter. “Had Democrats like Brad Ellsworth held firm in opposing federal funding for abortion in the health care bill, we likely would have rewarded such action with a bipartisan endorsement policy. Ellsworth’s collapse under pressure from the White House and Speaker Pelosi, as well as the collapse of his colleagues Joe Donnelly and Baron Hill, leaves us with no alternative. Leadership matters, and the reality is that Democratic leaders are advancing an abortion agenda at an alarming rate that will only be checked by a Republican majority.” — CNW  More at http://rtv6blogs.com/rtv6_capitol/2010/04/08/indiana-right-to-life-gets-it/
2 comments
Email ThisBlogThis!Share to TwitterShare to FacebookShare to Pinterest

Don't buy that bikini until you read this first. 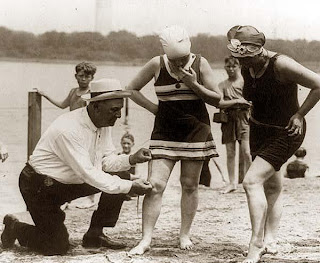