Reuters: "Officials at the White House and State Department were advised two hours after attackers assaulted the U.S. diplomatic mission in Benghazi, Libya, on September 11 that an Islamic militant group had claimed credit for the attack, official emails show. "The emails, obtained by Reuters from government sources specifically mention that the Libyan group called Ansar al-Sharia had asserted responsibility for the attacks. The brief emails also show how U.S. diplomats described the attack, even as it was still under way, to Washington. . . "Administration spokesmen, including White House spokesman Jay Carney, citing an unclassified assessment prepared by the CIA, maintained for days that the attacks likely were a spontaneous protest against an anti-Muslim film." It took them 17 days (September 28th) before they acknowledged it was a terrorist attack.

No limits on Second Amendment 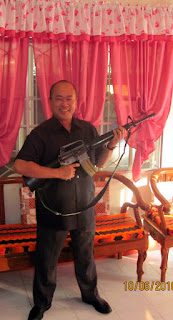