in
May 1, 2010
US Orders Blackout Over North Korean Torpedoing Of Gulf Of Mexico Oil
Rig
By: Sorcha Faal, and as reported to her Western Subscribers
A grim report circulating in the Kremlin today written by Russia’s
Northern Fleet is reporting that the United States has ordered a
complete media blackout over North Korea’s torpedoing of the giant
Deepwater Horizon oil platform owned by the World’s largest offshore
drilling contractor Transocean that was built and financed by South
Korea’s Hyundai Heavy Industries Co. Ltd., that has caused great loss of
life, untold billions in economic damage to the South Korean economy,
and an environmental catastrophe to the United States.
:
And for those believing that things couldn’t get worse, they couldn’t be
more mistaken as new reports coming from Japanese military sources are
stating that North Korea is preparing for new launches of its 1,300
kilometer (807 miles) intermediate range ballistic “Rodong” missile
which Russian Space Forces experts state is able to “deploy and
detonate” an atomic electromagnetic pulse (EMP) device, and which if
detonated high in the atmosphere could effectively destroy the American
economy for years, if not decades, to come.
More at http://www.dailypaul.com/node/133339
2 comments
Email ThisBlogThis!Share to TwitterShare to FacebookShare to Pinterest

The Name Of Islam No Longer Mentioned In Terror Attacks

It's like they have disappeared. Three times in the past year, America has been attacked by
Muslim Islamic terrorists. In their wake lie 13 people dead, and many more wounded. In every
case, the attacker was a single, Muslim man working on orders from Al Qaeda, The interesting
part of all this is that not once, by anyone in the Obama administration, are the words "muslim" or
"Islam" used with "terrorist".

US Army Major Nidal Malik Hasan - November 5, 2009 - 13 dead and 30 wounded.
Despite his obvious hatred for the country he served, Hasan was allowed to continue in his command even after showing overt support for Al Qaeda. Major Hasan received his orders to kill from Imam Anwar al-Awlaki. "His presentations for school were often laced with extremist Muslim views, one source said. "Is your allegiance to Sharia [Islamic] law or the United States?" students once
challenged Hasan, the source said. "Sharia law," the source says Hasan responded."
source - CNN News.com

Umar Farouk Abdulmutallab - December 25, 2009 - bomb failed to detonate.
Otherwise known as the "Christmas Day Ball Bomber", he was able to board a plane bound for Detroit with no luggage, no passport, armed with a bomb in his pants, and set it off in flight. The only thing which prevented the death of every person on board the Nortwest Airlines flight 253 was the fact that his bomb failed to detonate. Every security precaution in place failed to stop him.
source - TimesOnline.co.uk

Faisal Shahzad - May 2, 2010 - bomb failed to detonate.
Now to be known as the "NYC Times Square" bomber, Shahzad attended a terror training camp in Pakistan but somehow managed to evade being put on the No-fly List. "Sources told CBS 2 on Tuesday morning that Shahzad should have been on the United States "No Fly" terror watch list, and that because he wasn't, he was able to board the plane. Deputy FBI director John Pistole later said, however, that he was in fact placed on the No Fly list Monday, except it was done hours before he was arrested. Still, Homeland Security Secretary Janet Napolitano declined to say how Shahzad was able to board the flight if he was on the No Fly list." source - CBS New.com

Now, here comes the hard part - what do ALL THREE of these men have in common? If you
guessed that they are all Muslims who attacked in the name of Islam, then you would be correct. So why, one would have to wonder, is the Obama administration unable to call these attacks for what they are - acts of Muslim terrorism.

One came only come to two logical conclusions. Either Obama is unaware that they are Muslims who
are attacking in the name of Islam, or, he is aware and chooses to ignore it. In either case it would
appear that we have a President who is unable to combat Muslim terrorism because he is unable
or unwilling to recognize it.

Video: Rep. Andre Carson Slandered Patriots. Will he be man enough to apologize?

To date, there has been no proof to what has become a slander against the Tea Party.  I demand an apology from Rep. Carson if he can muster a little honor and courage to admit how he slandered the patriots who are defending this country.  But I won't hold my breath because what he did showed was a lack of character and it would be too late to develop one at this point.


Video text:
May 05, 2010 — As our readers have already learned, Rep. Andre Carson gathered Capitol Hill reporters around him and told the tale of racial slurs and menacing crowds on the verge of hurling rocks at the congressmen. Our first few videos showed the congressmen coming out of the Cannon Office Building, walking down the steps and into Independence Avenue from various angles. None of those videos revealed the racial hatred Rep. Carson conveyed to reporters that day and none of the videos showed a mob rushing or in any way impeding the congressmen.

When Rep. Carson gathered reporters around him to spread the myth of racial slurs being hurled "fifteen times" he painted the protesters not just as racists, but as a terrorist threat.

KERRY PICKET (Wash. Times): Do you think the people outside are generally dangerous or no?

REP. CARSON: Oh absolutely. I worked in homeland security. I'm from intelligence, and I'll tell you, one of the largest threats to our internal security...I mean terrorism has an Islamic face, but it really comes from racial supremacist groups. (inaudible) Its the kind of thing we keep a threat assessment on record [for].

And we can now see this two pronged message continuing in the narrative from Democratic politicians and the media: The Tea Party protests are really about white rage and they are sowing the seeds for domestic terrorism. This was the message delivered by Rep. Carson that afternoon and that is the message the media has run with.

Only problem is, we can't find any proof to back up Rep. Carson's story. And when challenged, he hides behind the legend and stature of Rep. Lewis. The constant challenge of "Are you calling Rep. John Lewis a liar?" must now be answered with "Are you calling Rep. Andre Carson beyond reproach?".
0 comments
Email ThisBlogThis!Share to TwitterShare to FacebookShare to Pinterest

Video: Radical Islam: How and Why It Threatens America 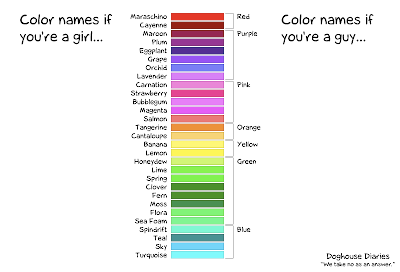