Bloodbath continues; Abp. Wuerl washes hands: "Not my people, not the law" 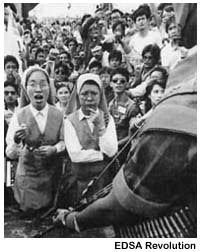 As soon as the dissidents barricaded themselves in a fort, government tanks headed towards it. Cardinal Jaime Sin came on the radio and called on the Church - the People of God to stop the impending bloodbath. Soon priests, nuns and lay folks blocked the streets and faced off with the advancing troops. And the rest is history.
Today, a different form of violence continues specially here in the USA as babies get aborted every minute. Church leaders like Arch. Wuerl are even willing to give Holy Communion to the politicians responsible for laws that support this in spite of a canon law prohibition. In an interview, Arch. Wuerl excuses his inaction by saying that the politicians in D.C. are just visitors and that he does not interpret the Church law in that way - even if the Vatican holds the contrary position. Read the entire interview here: http://www.politicsdaily.com/2009/05/06/archbishop-wuerl-why-i-won-t-deny-pelosi-communion/ 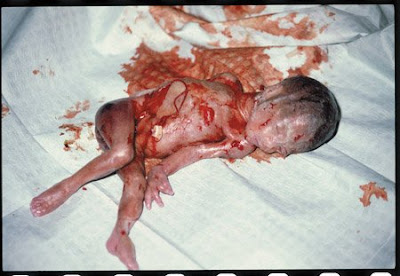