Something beautiful from God's chosen people.
If video fails, go to http://divine-ripples.blogspot.com/2010/12/idf-vs-14-yr-old-bomb-strapped.html


Video description:
Things you Haven't seen from the Checkpoints
as seen on Israeli TV - the commercial channel 2
Hussam Abdo, a 14 year old Palestinian boy. A suicide bomber getting caught at the Shchem (Nablus, Hawara) checkpoint.

He was, according to his own family (see: 'The Making of a Martyr'), unpopular in class and wanted to be popular so the best way is to become a "martyr" hero and an older friend of his had direct connection with the bomb makers so he agreed to take him to them and they offered him 100 Israeli Shekels for doing the deed (about 24 US Dollars at the time of the event). Reports from the scene are that he started running towards the checkpoint and the soldiers noticed and ordered him to stop put and he did and was caught. He's currently in Israeli jail, even more brainwashed for "martyrdom" than before since his jail mates are all coming from the same retarded "Muqawama" (a.k.a. popular resistance / eternal conflict enhancement) ideology.

A more heart-breaking story (from 'Cult of the Suicide Bomber'), is that of Wafa Al-Biss, who got severely burned in her kitchen by a gas explosion (same and had her life saved in an Israeli hospital that treated her. Later, she abused her pass privilege to try and bring a bomb over, thinking of blowing herself up in the very hospital that saved her life and treated her like everyone else (she repeated this in a documentary, btw).

Look them up... stop terrorism.

p.s. both parents of the boy were alive at the time and his mother, Tamam, was quoted saying: "If he were over 18, I might even encourage him to do it."

When soldiers come out of the closet, it's time to transfer to an allied force e.g. the Mossad.  (The French Foreign Legion has koranimals, so it is not safe;  friendly fire - isn't..)

If video fails, go to http://divine-ripples.blogspot.com/2010/12/dadt-repealed-in-usaf-mossad-accepting.html

To be a good Christian, one needs to be a good human first. If you want to go deep and ask why, it is because grace builds on nature.
The frat boy or the Greek lists 4 things to develop: 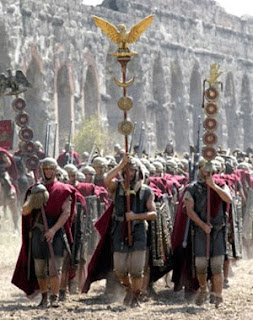 Guiddo draws from his great Roman heritage and looks at 12 rules before one is made. 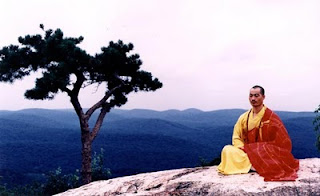 The Kung Fu master follows the Noble Eightfold Path of Buddhists - in case you're fascinated with fortune cookies and the like. 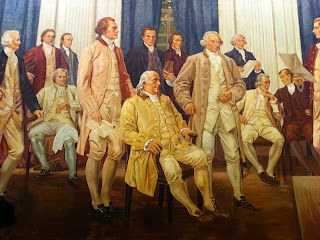 If you want some down to earth practices of clean living, ask the Tea Party dude and he'll tell you what Benjamin Franklin used to develop what he called 'moral perfection'.
You may pick one for the 2011. If you want to go back to this post next year, just scroll at the bottom and click on keyword 'virtue'.  Or if you got them all and want to move to the supernatural level, type supernatural virtues in the search box.
0 comments
Email ThisBlogThis!Share to TwitterShare to FacebookShare to Pinterest

The jihad persecution of Christians in Iraq continues to go largely unnoticed by human rights organizations and international bodies that are supposed to be trying to protect people who are threatened. "Iraqi Christians get set for a grim Christmas," by Rebecca Santana for the Associated Press, December 19 (thanks to all who sent this in):


IRBIL, Iraq-- They saw their brethren murdered during Mass and then were bombed in their homes as they mourned. Al-Qaida vowed to hunt them down. Now the Christian community of Iraq, almost as old as the religion itself, is sensing a clear message: It is time to leave.

And why? Because the international community has abandoned them. No one cares. To care about their predicament in Iraq would be "Islamophobic."


Since the Oct. 31 bloodbath in their Baghdad church, Iraqi Christians have been fleeing Sunni Muslim extremists who view them as nonbelievers and agents of the West. At a time when Christians in various parts of the Muslim world are feeling pressured, Iraqi Christians are approaching their grimmest Christmas since the U.S.-led invasion of 2003 and wondering if they have any future in their native land.

They have suffered repeated violence and harassment since 2003, when the interreligious peace rigidly enforced by Saddam Hussein fell apart. But the attack on Our Lady of Salvation in which 68 people died appears to have been a tipping point that has driven many to flee northward to the Kurdish enclave while seeking asylum in the U.S. and elsewhere.

What seemed different this time was the way the gunmen brazenly barged onto sacred ground, the subsequent targeting of homes by bombers who clearly knew every Christian address, and the Internet posting in which al-Qaida-linked militants took responsibility for the church attack and vowed a campaign of violence against Christians wherever they are.

Ban Daub, 51, narrowly survived the onslaught. She and her nephew were at prayer when they heard explosions. They escaped before five attackers stormed in, but many of their friends did not. A neighbor died clutching his son and daughter in his arms.

Days later a string of bombs went off outside Christian homes across Baghdad. Daub and her family packed a few belongings and headed to a Christian district called Ainkawa in this Kurdish city of Irbil.

"We are afraid for our sons and our children. There is no life in Baghdad for the Christians," she says....

In the Middle East and in Muslim countries beyond, Christians are finding themselves subject to violence and harassment. The Vatican is so worried that it hosted a two-week meeting of Mideast bishops this fall, dedicated to supporting Christian minorities....

Yes, and they singled out Israel for criticism while remaining largely silent about Islamic jihad.

A Crusade would be nice.  But who would lead it?  Who would join it?


Obama has not issued a statement nor taken any action about this.  However, he recalled his Nobel peace prize when he honored the imprisoned Chinese dissident Liu Xiaobo.
1 comments
Email ThisBlogThis!Share to TwitterShare to FacebookShare to Pinterest

Some time ago, a young woman unexpectedly became pregnant. Her choice we celebrate today.

Some time ago, a young woman unexpectedly became pregnant. Keeping the baby meant isolation from friends, separation from her groom to be and possible death. Her choice we celebrate today.  If video fails, go to http://divine-ripples.blogspot.com/2010/12/some-time-ago-young-woman-unexpectedly.html