The Obama Justice Department went to bat for the New Black Panther party—and then covered it up. 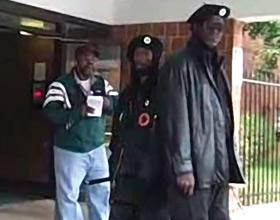 "The case is straightforward. On Election Day 2008, two members of the New Black Panther party (NBPP) dressed in military garb were captured on videotape at a Philadelphia polling place spouting racial epithets and menacing voters. One, Minister King Samir Shabazz, wielded a nightstick. It was a textbook case of voter intimidation and clearly covered under the 1965 Voting Rights Act.

A Department of Justice trial team was assigned to investigate. They gathered affidavits from witnesses—one of the poll watchers was called a “white devil” and a “cracker.” A Panther told him he would be “ruled by the black man.” The trial team, all career Justice attorneys and headed by voting section chief Chris Coates, filed a case against the two Panthers caught on tape. Malik Zulu Shabazz, head of the national NBPP, and the party itself were also named based on evidence the party had planned the deployment of 300 members on Election Day and on statements after the incident in which the NBPP endorsed the intimidation at the Philadelphia polling station."

The trial team quickly obtained a default judgment—meaning it had won the case because the New Black Panther party failed to defend itself. Yet in May 2009, Obama Justice Department lawyers, appointed temporarily to fill top positions in the civil rights division, ordered the case against the NBPP dismissed. An administration that has pledged itself to stepping-up civil rights enforcement dropped the case and, for over a year, has prevented the trial team lawyers from telling their story." more from source http://www.weeklystandard.com/articles/friends-high-places
0 comments
Email ThisBlogThis!Share to TwitterShare to FacebookShare to Pinterest
Newer Posts Older Posts Home
Subscribe to: Posts (Atom)