Some people turn to God when they see the light, others when they feel the heat.  Here, my friends, is heat and terror.  And if the bombs did not malfunction there will be horror as the dead will be scattered on the streets of Stockholm.

Imagine when this becomes as common as a traffic accident here.  Just read their so called holy texts poisoned with hatred for non-Muslims, unabashedly and unapologetically advocating violence.  Know their expansionist agenda because they will not stop until they rule us.  They already have supporters in the White House and Dept. of Justice, not to mention the other Security agencies today.  The new congress in 2011 and the new senate in 2012 need to be resolute in fighting back and keeping them at bay.

Allah is not the same as YHWH or the Heavenly Father even if they pretend that it is the same Abrahamic diety.  The Muslims are not obviously like the Jews or the Christians - in doctrine, morals, heritage, traditions and culture.  Read their atrocities against non-Muslims daily, DAILY, around the globe.  These are on  links are on the right side of this page.  I will add more.  Please link to me to spread the word.  This must stop and not happen here.

If the video fails, go to http://divine-ripples.blogspot.com/2010/12/stockholm-suicide-bomber-explosion-on.html

Muslim terrorists failed with an attempted mass murder in busy streets in the midst of Christmas shoppers.
See the security video capturing the bomber at the moment his bomb detonated. His last voice message is also released here. The bomb went off prematurely police suspects. It went of 30 feet from a large crowd on a main pedestrian shopping street Drottninggatan (Queens Street). The incompetence of the bomb makers saved dozens of lives.  Several explosions could be heard on the busy streets in the center of Stockholm Sweden.   The terrorists sent email message to the news agency TT shortly before the bombings who failed to warn the public.  News on Sunday 12-12- said that the secret police was informed about the attempted mass murders several hours before but they failed to act.   In the pre-bombing message to TT and the police they expressed rage over the swedish presence in Afghanistan and over the funny Muhammed cartoons drawn by the Swedish artist Lars Vilks. They declared war on swedes. The message which contained audio in swedish and arabic said "now your children, daughter and sisters shall die" and "all mujahedin in Europe and Sweden shall strike, use any weapon you have even a knife,"  The car was registered to a 29 year old arab man. Reportedly it's the suicide bomber. Blog about the swedish situation in English,  http://cavatus.wordpress.com/
0 comments
Email ThisBlogThis!Share to TwitterShare to FacebookShare to Pinterest

Diversity: Someone gets the position; another does the work.. 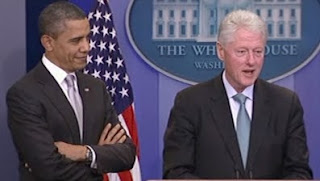 Diversity:  Someone gets the position;  another does the work.
0 comments
Email ThisBlogThis!Share to TwitterShare to FacebookShare to Pinterest

"No labels" gimmick. Another warm, fuzzy, sneaky euphemism for selling out.

There's a new gimmick in town.  Repubs, Dems and Independents coming together to form a "No Label" group for a sane approach to politics;  sounds like the Sanity Rally.  They are to put their differences aside for the sake of the country;  sounds like the One Nation Rally.  The only thing missing is the coffee to make it a party - Coffee Party.  I think these Democrats give the people too little credit to see them coming a mile away.

Labels ascribe identity.  Identity is defined by a vision and mission.  A vision and mission is accomplished in a consistent way i.e. principles.  Having no labels means not having any of these.  It is yet another way to blur, confuse and obfuscate.  Leave that to the fans who would support certain idols - be it right or wrong.

For a reasonable approach to fixing the mess, one needs clear and distinct ideas because, ideas guide action.  And ideas have names or labels.  Take for instance Conservatives vis-a-vis Leftists.

"Conservatives understand that the system of capitalism is the greatest engine of wealth creation the world has ever known. They don't think profit is a dirty word. Leftists argue that feelings, not the bottom line, should be the motivating factor in all of life's decisions.

Conservatives believe that a man's fate is determined by the life choices he makes. Leftists believe if they're not successful, its because racist capitalists are hogging all the wealth. And that's not fair!

Conservatives know that life isn't fair and never will be. Leftists think that it should be, and that if you vote for them, they can legislate fairness. After they redefine it.

Conservatives know that throwing money at a problem usually ends up making the problem worse. Leftists believe that money can solve any problem. Preferably someone else's money.

Conservatives believe Thomas Sowell's assertion that there are no solutions - there are only trade-offs. Leftists believe that there are still free lunches, that rights trump responsibilities, and victims are more 'valid' than producers. And if you don't agree, you're just a big ol' meanie.

Leftists believe if a theory looks good on paper, it will work. Conservatives understand that reality doesn't work that way, except in ivory towers.

Conservatives believe in accountability, that actions speak louder than words. Leftists have succumbed to the herd mentality that sanctions bad behavior as long as it is done in the name of whichever leftist policy is most popular, be it global warming or the belief that everything bad that happens to the Obama administration is George Bush's fault.
Advertisement

Conservatives believe in individual rights, not group rights. They know that leftist words like 'social justice,' diversity', and multiculturalism, whose meanings are purely subjective, are used to divide, instill guilt, and put conservatives in the impossible position of having to spend their lives proving a negative.

Most conservatives believe in the rule of God. Leftists prefer the rule of man. As long as they are the man.

Leftists believe that life is a zero sum game. If someone wins, that means that someone has lost. They believe there are only so many pieces of the pie and the more pie someone has means someone out there has less. Conservatives know that this is just not so.

Conservatives are more inclined to do what they feel is right, even when no-one is looking. Leftists prefer to have their compassion recorded, preferably by TV cameras.

Leftists actually believe that world peace is possible. And the only thing standing in the way are those darn conservatives who have earned more money than they have a right to. Conservatives meanwhile, know that the utopia the left envisions is neither realistic nor possible. Thus they focus their efforts on more attainable goals, like making a living, raising their families and contributing to their communities.

Conservatives know that, no matter how thin the pancake, there are always two sides. Leftists have been taught that their side is the only legitimate side and any other point of view is invalid because it is motivated solely by hate, racism, homophobia, or greed. End of story."   quoted from Source

Certain people fear labels or names because it unmasks them.  They prefer to be in the dark.  But that does not work as, "They are known by their actions as a tree is known by its fruit."
1 comments
Email ThisBlogThis!Share to TwitterShare to FacebookShare to Pinterest
Newer Posts Older Posts Home
Subscribe to: Posts (Atom)