"In the United Kingdom and many other countries with a parliamentary system, there is a distinction between the head of state and the head of the government. In some countries, such as Denmark, Spain, and the United Kingdom, the monarch, either a king or queen, is considered the head of state, and with that office goes all the trappings of royalty. The mundane responsibility of running the government falls to the elected parliament and their chosen prime minister.

Of the world's major democracies, only the United States merges both functions into the office of president.

Barack Obama views himself as the head of state only, and he has no concept of what leadership is -- thus, he cannot be bothered with the day-to-day responsibility of governance. He is, in his narcissistic world, above all that; therefore, he delegates the writing of the Stimulus, health care, and other major bills to Nancy Pelosi and Harry Reid; appoints czars with power to spend and set policy; prefers to let others, who can be conveniently blamed, solve the oil spill in the Gulf of Mexico; and continues to castigate the previous administration for all manner of ills, as certainly no one as preordained as he to rule could ever be truly responsible for any failure.

As head of state, President Obama can concentrate on golf, state dinners, White House receptions, travels overseas, backslapping other politicians and world leaders. He can be breathlessly addressed as Mr. President by a fawning media and star-struck citizens. Above all, he can fly to wherever he chooses and have the Secret Service and police part the sea of humanity as he passes through.  More from source http://www.americanthinker.com/2010/06/the_man_who_would_be_king.html "
2 comments
Email ThisBlogThis!Share to TwitterShare to FacebookShare to Pinterest

Let us not get lulled into complacency.  The future of our country is still at risk.

Pelosi seeks to lower the ethical bar for Congress

Looks like the content of their character ain't cutting it...  So, what's a leader to do to make her caucus look good?  Just change the rules - lower the bar just like in school.  Nancy Pelosi's broom must be getting worn out sweeping all the corruption under the rug.  Since it's from her own people, the most moral Congress - according to her wild wet dream, she needs to do some damage preventation.  Who knows what else might show up before November.

Here's the report.
" Speaker Nancy Pelosi (D-Calif.) has privately indicated she is willing to rewrite some of the ethics rules that House Democrats implemented two years ago.  Pelosi late last month met with members of the Congressional Black Caucus (CBC) about the Office of Congressional Ethics (OCE), which was created to bolster the ethics of the lower chamber. At the meeting, which was also attended by CBC lawmaker and Majority Whip James Clyburn (D-S.C.), sources said Pelosi heard complaints about the OCE’s new powers and investigation tactics. ....Some CBC members also are questioning why Fudge was allowed to lead the effort after the ethics committee just last year admonished her chief of staff, Dawn Kelly Mobley, for advising members and corporations how to get around new House rules against corporate sponsored-travel while serving as the ethics committee staff director under Tubbs Jones....

...While amending the OCE is being considered, making such changes now would be politically difficult because Republicans are citing Democratic ethics scandals in their effort to retake control of the House.

CBC members and Pelosi discussed a plan to begin a dialogue over the next few months about changing the OCE’s rules following the midterm elections. Rep. Marcia Fudge (D-Ohio), a former prosecutor who was elected in a 2009 special election after the death of then-ethics committee Chairwoman Stephanie Tubbs Jones (D-Ohio), volunteered to lead the effort.

Sources say Fudge was expected to craft proposed changes to the OCE and circulate them among like-minded lawmakers on both sides of aisle. But in a move that has irritated some House Democrats, Fudge quietly introduced the legislation on May 28 with 19 CBC co-sponsors. Days later, government watchdogs and the editorial pages of The Washington Post and The New York Times blasted Fudge’s resolution."  From http://thehill.com/homenews/house/102633-pelosi-considering-ethics-rule-change
0 comments
Email ThisBlogThis!Share to TwitterShare to FacebookShare to Pinterest

The video speaks for itself.  And let me know if the lapdog media ever covers this.  As they said, if the shoe were on the other foot, you'd have hordes of news reporters interviewing this Black man and his grandmother.  Oh well, such is the price of electing a corrupt government.  Is it November yet?

If video fails, go to http://www.youtube.com/watch?v=zWAly7TAqOY
0 comments
Email ThisBlogThis!Share to TwitterShare to FacebookShare to Pinterest 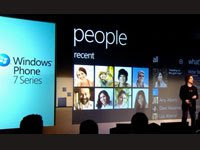 Here are edifying news from the industry giants of technology.  Who says that private industry is so greedy that it will disregard morality in seach of that almighty buck?  However, what happens if someone files a suit though claiming that pornography is part of free speech?  Given the ethics and morality shown by our government, I shudder to speculate at what the judgment will be.  I mean, if killing babies is a way to reduce the deficit, what's a little flesh on the screen - specially if they can tax it.  This government does not uplift the people in my opinion.  So, it must be cut down to only what is absolutely necessary.  But going back to Bill and Steve, "Kudos."

Excerpts:  "Following Apple's lead in trying to keep pornography off its iPad and iPhone products, Microsoft has announced a new set of policies for the Windows Phone 7 Marketplace that will not allow porn or sexually suggestive content, reports Thaddeus M. Baklinski, LifeSiteNews.com.
The application certification requirements for Windows Phone 7 program developers states that Microsoft will no longer allow content such as "Images that are sexually suggestive or provocative, Content that generally falls under the category of pornography, or Content that a reasonable person would consider to be adult or borderline adult content."
In February, Apple began blocking "adult" applications and sexually suggestive screen shots from its online stores in response to "numerous complaints from our customers about this type of content."

In May Apple CEO Steve Jobs said his company would not be a party to the pornography industry and hoped that the iPad and iPhone revolution would help create a porn-free world.  Source http://www.christiantelegraph.com/issue10009.html
0 comments
Email ThisBlogThis!Share to TwitterShare to FacebookShare to Pinterest
Newer Posts Older Posts Home
Subscribe to: Posts (Atom)