"Terrorists including al-Qaeda pose a serious threat to world security as they attempt to obtain atomic weapons material, Hillary Clinton, the US Secretary of State, declared on the eve of a global summit in Washington to prevent a nuclear terror attack."    In a 2007 video, bin Laden repeated his promise "to use massive weapons" to destroy capitalism and help create an Islamic caliphate, and there have been numerous examples in recent years of al-Qaeda's attempts to acquire WMD material.  According to Mr Mowatt-Larssen, the first evidence of the terrorist group's plans to purchase nuclear material was in late 1993. An al-Qaeda defector who became a source for the CIA and FBI, revealed that bin Laden tried to buy uranium in Sudan.  In 2001, Zawahiri was quoted as saying in an interview: "If you have $30 million, go to the black market in central Asia, contact any disgruntled Soviet scientist, and dozens of smart briefcase bombs are available."

More here or  http://www.timesonline.co.uk/tol/news/world/us_and_americas/article7094876.ece
On a spiritual note, one must always be ready to die.
0 comments
Email ThisBlogThis!Share to TwitterShare to FacebookShare to Pinterest

CHA renamed to JHA http://www.catholicvoteaction.org/americanpapist/index.php?p=6825
CHA should be renamed to JHA - Judas' Health Agency.  IMHO, that would be an appropriate conclusion after the Vatican Chief Justice, Archbishop Raymond Burke condemned, rebuked and called out their “obstinate betrayal” this weekend during the Institute on Religious Life’s national meeting at Mundelein Seminary in Illinois.  His words leave no doubt that the Catholic Church has been betrayed by Sr. Keehan of CHA when they supported Obamacare. Consider these quotes from his speech. 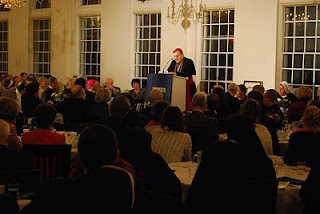 "Who could imagine that consecrated religious would openly, and in defiance of the bishops as successors of the apostles publicly endorse legislation containing provisions which violated the natural moral law in its most fundamental tenets – the safeguarding and promoting of innocence and defenseless life, and fail to safeguard the demands of the free exercise of conscience for health care workers?"

And the damage done by these arrogant and foolish nuns is incalculable and unconscionable.
"The spiritual harm done to the individual religious who are disobedient and also the grave scandal caused to the faithful and people in general are of incalculable dimensions."
Finally, if these nuns are going to misrepresent the Church, then they should stop confusing the faithful and dissociate themselves from the Church;  they should not pretend to represent the other nuns in particular and the Church in general.  ( But they won't get a pen from Obama that way -  not to mention the millions of dollars for CHA that 30 silver pieces adjusted for inflation.)
"Now is the time for us all, and in particular for consecrated persons to stand up for the truth and to call upon our fellow Catholics in leadership to do the same or to cease identifying themselves as Catholics."

1 out of 100 Odds of sex abuse by priests http://www.startribune.com/opinion/commentary/90405449.html?elr=KArksc8P:Pc:U0ckkD:aEyKUiD3aPc:_Yyc:aUU  It is still safer to put your kids in parochial or Catholic schools.  'In 2004, a groundbreaking report commissioned by the U.S. Department of Education found that 6 to 10 percent of children in public schools have been sexually abused or harassed by teachers or school employees. Hofstra University Prof. Charol Shakeshaft, the report's author, estimated that about 290,000 students were victimized between 1991 and 2000. "So we think the Catholic Church has a problem?" Shakeshaft told Education Week. "The physical sexual abuse of students in schools is likely more than 100 times the abuse by priests." '

The Vatican has a blog at http://www.visnews-en.blogspot.com/ or you can see their latest entry at my blog roll, on the left margin.  FYI, the Vatican Information Service is a news service, founded in the Holy See Press Office, that provides information about the Magisterium and the pastoral activities of the Holy Father and the Roman Curia. Each service consists primarily of pontifical acts and appointments, a summary of the Holy Father’s homilies and speeches, presentations and communications concerning pontifical documents and dicasteries of the Holy See, activities of the Congregations, Pontifical Councils, Synods, etc, and official statements issued by the Holy See Press Office.

Chicago Archdiocese apologized for saying that President Obama is simply pro-choice and not pro-abortion   http://www.lifesitenews.com/ldn/2010/apr/10040803.html 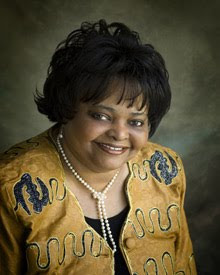 From LifeSiteNews:  Sr. Anita Baird, the founding director of the Office of Racial Justice for the Chicago Archdiocese, has apologized for saying that President Obama is simply pro-choice and not pro-abortion, and now professes that "there can be no distinction" between the two.  "In order to clarify my quote that appeared on LifeSiteNews.com, I am affirming my belief in the teachings of the Catholic Church and understand that there can be no distinction between pro-abortion and pro-choice, because the choice at issue is the choice to kill a child," wrote Baird in a statement released Wednesday. "I also apologize to those who were scandalized by my statement."  LifeSiteNews.com (LSN) had interviewed Baird Tuesday regarding the Office for Racial Justice's planned award for Fr. Michael Pfleger, a politically activist priest notorious for outspokenly supporting pro-abortion public figures such as Barack Obama.  During the interview, Baird said that "the president is not pro-abortion, the president is pro-choice. I think they are two very different things." "To be pro-abortion is that you believe in abortion and you support it," she said. "And I don't think you'll find that the president has ever said that."

I applaud Sr. Anita Baird for her humility and fidelity to the Church.
0 comments
Email ThisBlogThis!Share to TwitterShare to FacebookShare to Pinterest
Newer Posts Older Posts Home
Subscribe to: Posts (Atom)