If video fails, click here or go to http://divine-ripples.blogspot.com/2011/06/democrats-disconnected-from-economic.html

Despite 9.1 percent unemployment and the clear disapproval of the American people, Democrats and the president are continuing to push for their favorite tax-and-spend economic policies, which have completely failed to bring about an economic recovery and only made the situation worse. Republicans believe it is high time for the president and congressional Democrats to get serious about the economy and work with Republicans to develop real solutions to our nation's economic challenges.

The US economy is in a much greater crisis than just money. There's a moral debt that\'s even more staggering than 15 trillion dollars.
http://www.realcatholictv.com/documents/2michaels.pdf
0 comments
Email ThisBlogThis!Share to TwitterShare to FacebookShare to Pinterest

If video fails, click here or go to http://divine-ripples.blogspot.com/2011/06/church-history-in-4-minutes-video.html 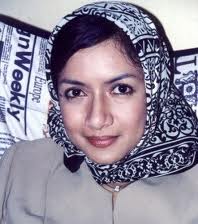 Pakistani Catholic sources have told the Fides news agency that a 24-year-old Christian woman who was kidnapped, forced to convert to Islam, and forced to marry a Muslim may soon be sold abroad.
Farah Hatim, 24, “was forced to sign a declaration stating that she had converted and married [according] to her will,” said a Pakistani nun. “The text was brought to the police and in court, so legally the case is considered closed. It will be possible to reopen it only with a written statement, in which Farah testifies that these communications were drawn out by threats and torture.”

The nun called for prayer and international pressure to help secure Hatim’s releases.

There are over 700 cases of forced conversion to Islam in Pakistan each year, according to Fides.

Hiding Genocide; Before the Srebrenica Massacre: Jihad In the Balkans! (video)

If video fails, click here or go to http://divine-ripples.blogspot.com/2011/06/hiding-genocide-before-srebrenica.html

Every conflict has an untold story.
Support the Serbian-Croatian Republics push for independence in Bosnia!

Comment: WHY DIDN'T WE SEE AND HEAR OF THIS GENOCIDE OF THE SERBIAN PEOPLE? CLINTON WENT TO WAR UNILATERALLY, WITHOUT CONSULTING CONGRESS, AND HE TOOK THE WRONG SIDE. AND AS USUAL THE LEFTIST MSM IN AMERICA WAS SILENT WHILE WE TOOK THE SIDE OF THE ISLAMIST ENEMY:
2 comments
Email ThisBlogThis!Share to TwitterShare to FacebookShare to Pinterest
Newer Posts Older Posts Home
Subscribe to: Posts (Atom)