In the past, the US sent observers abroad to monitor the elections.  (My uncle was even mistaken to be CIA because he visited during those days.)  Anyway, with the early elections in MA, it appears that it is my people's turn to return the favor and watch the MA elections and all the coming elections in the US for 2010 & 2012.  This observation is not frivolous as it sounds because of the numerous allegations of upcoming fraud as the only way for the Democrats to have any political future. Acc. to Prof. Gaski, the Democrats "don't believe they will ever have to face a real election again."  With the unrest and anger in the population now, there is no way for them to win fairly.  So, while they have the power they can engage in the following shenanigans to step up the coming elections in their favor according to the article below.  This will be done in the following ways:


(1) Grant amnesty to the illegal aliens (the correct term for lawbreaking invaders, regardless of their natural and rational motives) which will create up to 30 million reliably Democrat voters -- especially after being registered at least once each by ACORN.

(2) Speaking of which, between ACORN and the SEIU, the Democrats will be stealing all the elections they really need anyway, starting next November.  ...America should brace for the biggest vote fraud and election theft caper of all time on election night 2010 -- and in the months following. We now  know as well that the Dems are guaranteed to win any statewide recount where there is a Democrat Secretary of State. And who, we must ask, is there to enforce the election laws now?

(3) As if they need it, the Dems will be secretly encouraging (maybe even hiring) third-party candidates wherever they need them, because they know that is the way to split the opposition vote. It almost always happens that way to the Democrats' benefit. If people such as Lou Dobbs and Glenn Beck don't realize this soon, instead of talking up the third-party route, they will only help to ensure a permanent Democrat stranglehold on Congress and the presidency -- although any one of this litany of methods would probably be sufficient for that. So the Dems are actually conservative in the sense of wanting some built-in redundancy!

(4) What do we suppose the extra trillion dollars of "stimulus" money to be spent from 2010 to 2012 is really for? Just a coincidence, or a ready-made election slush fund? How much has already been committed to ACORN and SEIU?

(5) Then there is the "universal voter registration" plan that the Wall Street Journal's John Fund has spotlighted, granting automatic voting privilege
to anyone who has ever registered for practically anything, anywhere, anytime. The Democrats and their henchmen could work with that, couldn't they? Or why are  they so eager to enact it? Their entire history has been to oppose laws that prevent vote fraud, after all. (What could be their motive for that particular laxity?)...

(6) When you become dependent on the decision of a Democrat bureaucrat for crucial medical treatment -- after the health care takeover -- how much power does that give the Democrats over you? Elderly voters tend to vote more conservative than younger voters, so letting the elderly die because care is "too expensive" can reshape the political profile of the electorate. But can we reasonably foresee that party registration or political contributions might enter the bureaucrat's calculus? Might it occur to the intense partisans of the Obama administration to grant lifesaving treatment to those they regard as "their people," but not to others? What a neat way to eliminate the opposition! Party registration is already public information. And if they can overturn the secret ballot for union elections via "card check," how long before they try to impose the same more generally, so they will always know how you have voted? Do not trust the judiciary to save us, either, after President Obama packs the courts with more ultra-leftists.
source http://catholiccitizens.org/press/pressview.asp?c=51649 or click here

And if the past were any indication, then read below for a possible threat.

"Over the last several election cycles, employees of the community organizing group ACORN were found to have forged thousands of voter registrations in dozens of states. According to former ACORN officials, as many ashalf of all of the group's voter registrations were fraudulent. And the total number of bogus submissions by the group's employees during the last election cycle alone could be as high as 600,000. ...  But the registrations are only one element of the scam.  ...During the run-up to the 2008 New Jersey gubernatorial election, John Fund noted that state officials had received a startling 180,000 requests for absentee ballots. A "new loosely written vote-by-mail law" reportedly discourages county clerks from closely validating the signatures on absentee ballots, which is the only method of verification. 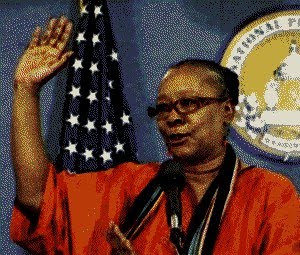 
Big Government reports that this sort of fraud was endemic to the 2008 election cycle. In Troy, New York, "[d]ozens of forged and fraudulent absentee ballots from people registered to vote on the Working Families Party line were filed in the Sept. 15 primary elections... the fraudulent ballots were handled by or prepared on behalf of various elected officials and leaders and operatives for the Democratic and Working Families parties." In fact, some ballots may have been cast with stolen identities.
Coleman vs. Franken 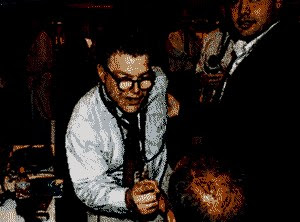 By far the most insidious tactic used by ACORN and related groups is the "found ballot". Whenever election outcomes are razor thin, you can expect that ACORN's thousands of voter registrations -- along with absentee ballots -- will be "discovered" to add new votes to the Democrat candidate's total.


• The Minneapolis Star-Tribune reported that "the state Canvassing Board approved the use of Election Day results for 133 Minneapolis ballots that can't be found and also recommended that counties sort and count absentee ballots that were mistakenly rejected." This decision gave Franken most of his winning margin.


• In Ramsey County, "the recount showed that there were 171 more ballots than recorded votes", yet the ballots were counted, and Franken picked up nearly 40 more votes. 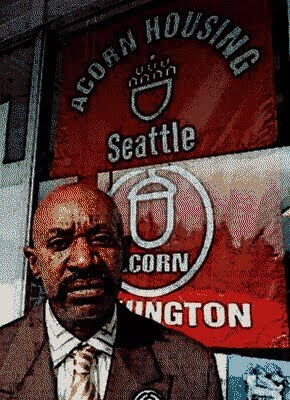 In 2004 Dino Rossi, the Republican candidate, won the state of Washington's governorship by a narrow margin. Butthat victory proved short-lived. Election officials:
• discovered uncounted ballots weeks and months after the election;
• counted votes from people without valid registrations;
• and permitted "felons without voting rights, as well as a few dead people, to cast ballots".
After the recounts, Rossi lost by a mere 133 votes.


Source:
http://directorblue.blogspot.com/2010/01/inside-acorn-vote-fraud-scam.html or here
4 comments
Email ThisBlogThis!Share to TwitterShare to FacebookShare to Pinterest

Source http://www.youtube.com/watch?v=7nEoW-P81-0 or click here
Video Description:
On January 19, 2010, a special election will be held in Massachusetts to select a new US Senator. Mainstream media pundits would have you believe Democrat Maratha Coakley is the undisputed leader in the race. But the so-called 'experts' may be in for a bit of a surprise.

Freedom-loving Americans from across our nation are rising-up to support Republican candidate Scott Brown. In the days leading up to the election, Brown has advanced such that some polls now actually show him within the margin of error.

Brown would provide the critical 41st vote in the Senate to break the Democrat's filibuster-proof majority and stop the unprecedented assault on our personal liberties that is now taking place in Congress.

Scott Brown has pledged to vote against the government takeover of our health care system and is also opposed to cap-and-trade.

Martha Coakley, on the other hand, supports Obama's socialistic agenda.

The political elite should not underestimate the resilience of the American people to defend their liberty from a tyrannical government.
0 comments
Email ThisBlogThis!Share to TwitterShare to FacebookShare to Pinterest
Newer Posts Older Posts Home
Subscribe to: Posts (Atom)