What would a teen do with a condom from the mail? Exactly what Planned Parenthood wanted.

And the message sent is, "Go lose your virtue and fornicate." And the chances that the condom is broken is there to bring business to the butcher shops of Planned Parenthood. This is Obama's legacy - dark, godless, inhuman.
0 comments
Email ThisBlogThis!Share to TwitterShare to FacebookShare to Pinterest

And then there is marriage. Respect it.


The government tells us to respect many things including Islam.
The government too should respect certain things e.g. the separation of Church and State and with that institution and sacrament of marriage. 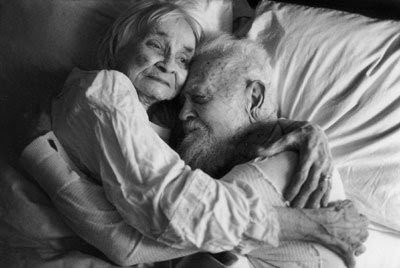 
The judge, who is a Muslim, didn’t even care to see the videotape, because the assault was entirely justified under sharia law, so the First Amendment doesn’t apply.  In fact, the beaten Zombie Muhammad should just be thankful he wasn’t killed, because that’s what would have happened in a Muslim country.
The astonishing details, from Opposing Views:
The Pennsylvania State Director of American Atheists, Inc., Mr. Ernest Perce V., was assaulted by a Muslim while participating in a Halloween parade. Along with a Zombie Pope, Ernest was costumed as Zombie Muhammad. The assault was caught on video, the Muslim man admitted to his crime and charges were filed in what should have been an open-and-shut case. That’s not what happened, though.
The defendant is an immigrant and claims he did not know his actions were illegal, or that it was legal in this country to represent Muhammad in any form. To add insult to injury, he also testified that his 9 year old son was present, and the man said he felt he needed to show his young son that he was willing to fight for his Prophet.
Muslim judge Mark Martin ruled in favor of the assailant… and insulted the defendant for good measure.
Martin offered the court a little lesson in Islamic theology, which he believes transcends that silly First Amendment free-speech stuff in the U.S. Constitution:
....

Apologies to Muslims and more....

The Best Apology for the Burnt Korans:

If the adherents of the Islamic religion have any decency, then they would also apologize for worse things they have done to non-Muslims. But that religion has no decency, no respect for others, no basic human redeeming attributes hence, no spiritual qualities either. It is a gang masquerading as a religion. A faith - in their supremacy over others and privilege to rape, murder and loot from those whom they will. If there is an evil in the world next to the devil, it is Islam.
0 comments
Email ThisBlogThis!Share to TwitterShare to FacebookShare to Pinterest
Newer Posts Older Posts Home
Subscribe to: Posts (Atom)