You may qualify for this savings card. Check mail or request online. 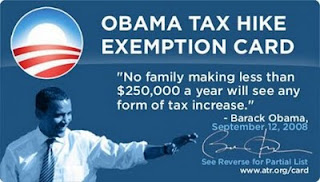 How to use the card:
Step 1: Present the card to merchants, employers, and tax authorities.
Step 2: If challenged, pleasantly ask: “Are you calling President Obama a liar?”
H/T from TrogoPundit
on web at http://divine-ripples.blogspot.com/2010/07/you-may-qualify-for-this-savings-card.html
0 comments
Email ThisBlogThis!Share to TwitterShare to FacebookShare to Pinterest

Sex at Verizon. Tips about tits.

Tips for tits.
1.) When a baby bites the nipple.
If a nursing infant falls asleep and bites the nipple, the best way to make the child release it is to press on the nostrils.  This will force the infant to breath through the mouth and release the nipple in the process.

2.)  About breastfeeding.
An article in a parenting mag stated that boobs are just for sexual enjoyment and breast feeding is not only creepy but makes them sag.  FYI, there are milk glands in the breasts there precisely to feed the infant.  Furthermore, mother's milk have proteins, AHA & DHA, that are easily digestible, promotes a higher IQ and makes the child more resistant to disease.  As far as the erogenous zones in the mammary glands, they are there by design to encourage guess what - breast feeding!  HT to CMR
0 comments
Email ThisBlogThis!Share to TwitterShare to FacebookShare to Pinterest

Video: Troops not pols' pawns but our heroes. Let's show them.

Freedom is not free.  And these guys are laying it on the line so that we can live without terror in our backyards.  If your son were out there, wouldn't you feel good if he gets thanked by the people he serves?  Why not send a care package - beef jerky, smokes, gum, a card, a pocket cross, (Check out the website below.)  It's the thought, the support.  With the way the politicians are using the war, they feel like pawns.  But if they see regular Joes like you and me say, "Thanks bud, for keeping me the Muslims from blowing my kids up." then they'll know that we value the risks that they take and the ultimate sacrifice that they might make.  I pray that the politicians don't turn Afganistan into another Vietnam with their agenda that fails to factor sound military strategy.  Because if they do, the American blood that will color the mountians there will be more than the oil gushing in the gulf today.

Video description:  Support the Troopathon http://www.troopathon.org
Americans were shocked that our military leaders thought President Obama was uninformed and didn't seem very engaged.  While American Troops are fighting to defeat Islamic terrorism they wonder if the American people support them.   We can't let the indifference of our politicians destroy the morale of our troops! Visit Troopathon.org to sponsor a care package for troops on the front line.  Show them that you DO CARE!
0 comments
Email ThisBlogThis!Share to TwitterShare to FacebookShare to Pinterest
Newer Posts Older Posts Home
Subscribe to: Posts (Atom)