The Christian and other people's private lives.- when addiction hits the family

A relative got addicted to cocaine and got booted out of work.  When we saw him, he told us he'd go to rehab clinic for a week and then get back his work.  It didn't go that way and in the following months, he exhausted his savings and sold off his house, car, boat and anything that can be sold.  We visited him when we he'd let us and talked him out of it.  He said he knew his predicament and that he can stop anytime.  But he didn't until he hit rock bottom.  At that point his girlfriend left him and another friend dropped him off in our place.  We didn't give him money, only food and shelter.  A week later, he decided to hike the Appalachian Trail as some lady challenged him.  That he did for a few months, starting in the Summer and ending as the snow flurries came.  He kicked the habit and started to look for work.  He has been employed for a couple of years now and I haven't heard of any relapse.

The flip side of that coin are the people who were behind him.  In the states, we were his closest relatives but it is not like we can just come and tell him to stop using.  It is not like he comes to us all teared up and begging for our help.  Rather, he was quite arrogant and even manipulative.  So, we felt helpless.  But we just can't leave him to OD or become a criminal to feed his addiction.  Some people have that frame of mind i.e. that we're not responsible for his actions, decisions and life in general.  And maybe that is true.  But we cannot just let it happen.  I've contacted relatives from the old country as I too am beginning to need support as I have my 4 young children to nurture and a wife to partner with.  So, whenever I take time off for the addict, it is time taken away from my wife and kids.  But then, the relatives in the old country are pushing and expecting that I take this person under my wing and straighten him out.  They forgot that this guy is an adult who is well aware of his rights and is as cocky as hell.

At the that point, something had to give.  It was my career.  In short, I got demoted.  But before so, I had to go through a Performance Improvement Program followed by a Progressive Discipline Program.  My manager was a divorced Liberal feminist who gave me hell during our sessions - probably because I am her opposite in all things.  I remember Googling for the words of Lead Kindly Light and praying it often.


"Lead, Kindly Light, amidst th'encircling gloom, Lead Thou me on!
The night is dark, and I am far from home, Lead Thou me on!
Keep Thou my feet; I do not ask to see The distant scene; one step enough for me."


Despite that, I broke down that I had to go to our Employee Assistance Program for counseling.  The counselor was wondering why I am getting upset about this relative's problems and pretty much advised me that I should not feel responsible for his decisions.

But my faith tells me otherwise, so I kept asking prayers from my family and friends.  Our family prayers always included him.  So, to conclude I believe that it is through the power of prayers that this person was healed.
0 comments
Email ThisBlogThis!Share to TwitterShare to FacebookShare to Pinterest

Msgr. Pope points out a reason why men delay marriage these days.  Watch to find out.  However,  there may be pathological cases where the men are scared because their mother dominated their dad or was unfaithful.  If video fails, go to http://divine-ripples.blogspot.com/2010/08/video-why-men-delay-marriage.html 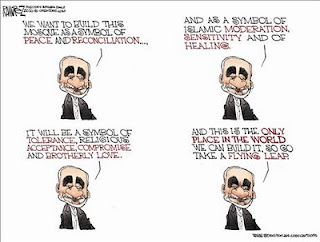 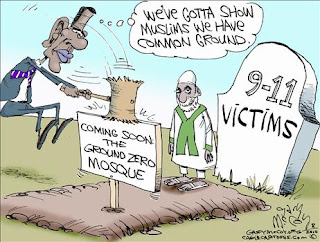 by Gary McCoy
Click image to enlarge.
This guy has poor judgment, no common sense, no class, no taste, no good manners, no sensitivity and no respect.
0 comments
Email ThisBlogThis!Share to TwitterShare to FacebookShare to Pinterest
Newer Posts Older Posts Home
Subscribe to: Posts (Atom)