Video: Movie Trailer about the Pope and the Jews during Nazi regime.

Rome, 1943. The city was occupied by the Nazis. The lives of thousands of Jews are in danger. In Vatican City, a neutral state within the borders of Rome, Pope Pius XII is struggling to save the city from starvation and destruction. The lovely Miriam lives with her family in the Jewish ghetto of the city and is courted by two very different young men: lidealista, Mark wealthy student who dreams of glory in combat, and limpetuoso David racketeering black market, which helps its fellow Jews with cunning and deceit. When the Nazis burst into the ghetto there were catches of thousands of Jews, Pius XII, is allied with General Stahel, a staunch Catholic who is not often agree with the policies of the SS headquarters.

Stahel order to end the raids, but can not prevent the deportation of over a thousand Jews, including the father of Miriam, and is then sent to the eastern front. Miriam escapes and is rescued by Mark and David on a daring mission that brings them hiding in the Nazi occupiers. So many other Jews took refuge in churches and monasteries of Rome, Pius XII places that can claim to ownership of the Vatican, and then extraterritorial.
0 comments
Email ThisBlogThis!Share to TwitterShare to FacebookShare to Pinterest

Videos: Re: The Reality of the Islamic Threat in the USA

The media is perplexed and perplexing. They have no clue why a college educated Pakistani-born US Muslim would want to blow up Times Square in New York City.   It’s as if 9-11 never happened.  It’s as if the word “jihad” is completely foreign to them.  It’s as if they’ve never been warned about this threat to American security.  More at:  http://gatewaypundit.firstthings.com/2010/05/unbelievable-state-run-media-confused-about-motive-driving-faisal-shahzad-to-blow-up-times-square/

Are they in denial, doing a CYA or part of the scheme.  Watch below.
http://www.youtube.com/watch?v=yJy9tpGHGXM&feature=player_embedded


Here's one direction.  Is the Col. right about this?    http://www.youtube.com/watch?v=TkGQmCZjJ0k

February 12, 2010 — The question of Muslim terror was never so succinctly answered as here by Allen West. (Courtesy of The Hudson Institute's Reclaim American Liberty Conference).
0 comments
Email ThisBlogThis!Share to TwitterShare to FacebookShare to Pinterest

When the honey from the honeymoon is gone - in spiritual romance and any other relationships. 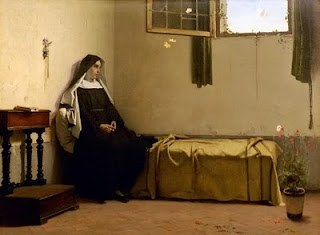 (pic from Crescat )
Even in religious life, the romance (spiritual) can disappear.  Prayer becomes dry and hard.  The inspirations don't flow.  There are no feelings of devotion.  The path is no longer scenic with flowers blooming and birds and butterflies on every branch.  It is more like the dessert or the inner city skid row.
This is actually a good thing.  It's yucky but it is a sign of progress in the prayer life.  It is counter-intuitive but all the masters of spiritual life e.g. St. Ignatius of Loyola or St. Theresa of Avila write about this stage of prayer beyond the beginnings.  It is not time to pack it up but to go at it no matter how boring.  When St. Theresa was at this stage, she used to shake the hour glass to make the time go faster and be done with the prescribed hour of mental prayer.  That's not how to go at it;  that's how it feels though.  Afterwards, one graduates into contemplative prayer.  That's better than Nirvana or any kind of "high" because one "sees" God.  Words fail to describe the experience; it's ineffable.  People go into ecstasy.  But before we start levitating, we need to go through the yucky and boring stage - generally.  Some saints, like Bl. Teresa of Calcutta appears to have gotten stuck in this stage.  Bummer.  Imagine that, no spiritual consolations at all, just drudgery.  It happens.  But it is not a bad thing. 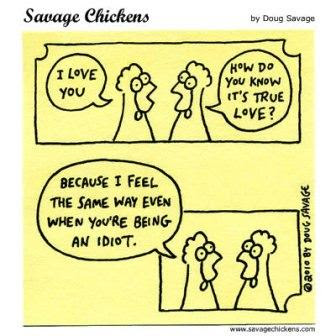 The measure of holiness is not how luscious, awesome or gratifying our prayer lives have become.  Sanctity is measured by our love for God and that is even greater when we persist through the hard times.  It is like loving a spouse with cancer - balding, skin and bones, blood-shot eyes.  Love is love if one remains after the honey from the honeymoon is gone.  That is holiness.