I took the day off to join the Tea Party rally at DC yesterday. I put on work clothes and carried my stuff in a back pack to not stand out on my way; I didn’t want to be savagely beaten like that GOP fundraiser in LA a few days ago – not with 4 young kids and a lovely wife. I took the Metro to Union Station and started to walk from there. I saw some out-of-towners on their way to the mall; the luggage on wheels and folding chairs was a giveaway. We had a lively chat specially about the VAT. Then they dropped off to their hotel as I continued my short hike.  When I reached the Capitol building, they were high school students in their uniforms, senior citizens, middle aged folks listening to speakers and kids running about.  There was a doctor talking about how the HCR would use nurses and physician assistants as primary care physicians. I walked about with my video cam.  People smiled and waved as I smiled back.  The speakers could be anyone who has something to say.  Just line up and take your turn for 2 minutes.   I wanted to talk about repealing the Health Care law but I wasn’t prepared so, I shyed away. The group was mostly white but, they applauded louder whenever a black man spoke. I felt at ease in that crowd. It felt like the Catholic Alumni Club where I used to hang out in search for my soul mate. There were around 400 by 4 pm but the main event was still at 6. Besides there were other groups scattered everywhere. I saw one marching to the tune of Yankee Doodle on a flute. That melody had never sounded as sweet as it did. I planned on a snare drum to accompany them next time or have my son do the honors.   I did not stay late as I had to work today, so I headed home. Later that night, my wife put on a movie, Strike, about the Solidarity shipyard strikes in Poland. It was about how the government controlled everything – education, healthcare and livelihood. As I watched it, I thought that this is the very reason why I joined the rally. I want my children and grandchildren to have the freedoms and opportunities that I enjoy. I was angered at how Obama is leading the country into Socialism and how America could end up just like Poland. I rested with the thought that while I don’t know what tomorrow may bring, I do know Who holds tomorrow. (And he’s not Obama.)
1 comments
Email ThisBlogThis!Share to TwitterShare to FacebookShare to Pinterest

Satellite View of Crossing the Red Sea and other Biblical Events 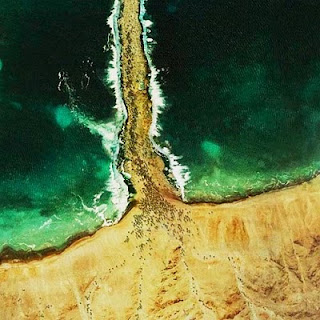 Art:  A group of Australian artists called The Glue Society developed digital pictures that epresent biblical events as seen through a satellite. 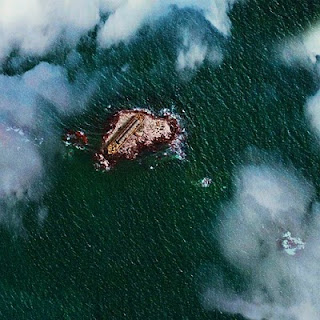 Noah's Ark After the Flood 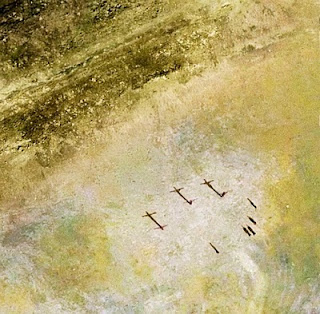 The Crucifixion of My Lord Jesus Christ
0 comments
Email ThisBlogThis!Share to TwitterShare to FacebookShare to Pinterest

Opposing Videos. Truth or Lies About Taxes in 2010.