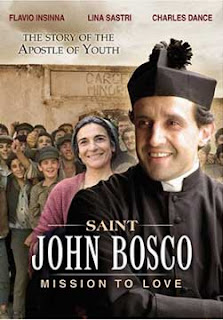 As the year begins, I wish everyone conservative and liberals alike to fill their hearts with joy and optimism.  "Let nothing bother you,"  St. John Bosco used to say.  The Salesian Spirituality focuses in God's Providence and refuses to be discouraged by hardships and set backs.  It is also based on St. Francis de Sales optimistic humanism that believes in the innate goodness of people without ignoring his weaknesses.  As St. Paul exhorts, "Rejoice in the Lord always" (Phil 4:4) because the "fruit of God's spirit is love, joy, peace..."( Gal 5:22 ) and this is the foundation of our hope.

Documentary on teen pregnancy.  All the episodes are in YouTube. Here's the trailer.  'nuf said.


Get all the episodes here or type http://www.youtube.com/results?search_query=mtv+16+and+pregnant+full+episodes&search_type=&aq=2&oq=mtv+16
0 comments
Email ThisBlogThis!Share to TwitterShare to FacebookShare to Pinterest

How to Overcome Procastination

Fix the root cause:


1. Procrastination due to dislike of an activity

If you procrastinate because you don’t like a task, look for ways to increase task appeal such as:

2. Procrastination due to overwhelm
If you’re avoiding a task because it is lengthy and overwhelming, then “divide and conquer”:

3. Procrastination due to inertia
If you procrastinate because you have difficulty initiating a task, create something to react to. Tasks that can be reacted to are easier to begin than those that you must initiate yourself.

4. Procrastination due to lack of organization
Sometimes we procrastinate on beginning a large project because we haven’t organized the task and don’t know where to start. If you can’t seem to get a project organized:

5. Procrastination on difficult tasks
Not all tasks can be made easy, but if you find a task particularly difficult, you must analyze how it can become easier.

6. Procrastination at certain times of day
More challenging tasks should be done at whatever time of day you seem to feel more focused and energetic. Take note of your daily rhythms, and then try to schedule the most avoided tasks for the time of day when you’ll have more energy to tackle them.

It's really Christmas for 12 days and the symbols in that song.

This is when we celebrate the birth of Jesus hence the song "Twelve Days of Christmas".  The gifts are symbolic as follows: