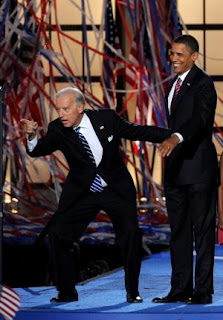 I hear black people call each other “Negro” or the other derivative of that and they take no offense. It’s almost like buddy and pal. But if a white man calls them that, then he can get shot unless he’s a Democrat. Recently, several white folks practically called the president that but were excused because they’re Democrats. Because they vote or support the interests of blacks, they’re allies. And when they say “Negro” or “Boy” or “shoeshine”,  it’s really excusable because they really love blacks when it comes to actions.

In his book, Game Change, Sen. Harry Reid wrote that Pres. Obama has a chance of winning because he is light-skinned and does not speak with a “Negro dialect”. It is quite offensive really because the senator thinks that if Obama was really dark and talks like an regular black man from the projects, then he cannot be elected. And that is because even the Democrats don’t think that a black man can lead the country.  Someone who is a little black or an Oreo – black on the outside but white on the inside may have a chance because there's some white in him. Read the entire article here or http://www.bvblackspin.com/2010/01/09/negro-dialect-harry-reid/

That is a little subtle compared what former President Clinton said. “In lobbying the late Sen. Edward Kennedy to endorse his wife, former President Clinton angered the liberal icon by belittling Obama. Telling a friend about the conversation, Kennedy recalled Clinton had said "a few years ago, this guy would have been getting us coffee," the authors paraphrase.” Read the whole article here. http://www.politico.com/news/stories/0110/31302.html  That's what the highest Democrat in office thinks of a Harvard educated black man i.e. despite his credentials and accomplishments, he'll only be good for servile work.

And finally, we have Former Gov. Rod Blagojevich and his definition of the essence of a black man.  "What the (expletive)? Everything he's saying's on the teleprompter," Blagojevich told the magazine for a story in its February issue, which hits newsstands Jan. 19. "I'm blacker than Barack Obama. I shined shoes. I grew up in a five-room apartment. My father had a little laundromat in a black community not far from where we lived," Blagojevich said. "I saw it all growing up." Read the whole article here http://www.cbsnews.com/stories/2010/01/11/politics/main6080518.shtml   To him, Obama is not smart enough to have his own ideas because he parrots out a script from the teleprompter - just like all blacks.

What is sad is how the black community came back to excuse them like they don’t mean what they said or it was used as an endearment and that these white folks really respect and love them. I wonder if they’re better off with people who are honest enough to disagree and disapprove of them and their ways in their faces than they are with people who pretend to be their friends but really think nothing of them.  With friends like that, who needs enemies?
0 comments
Email ThisBlogThis!Share to TwitterShare to FacebookShare to Pinterest

Click here for complete article and inserts just in case your parish is not zealous with this issue.

WASHINGTON—In a nationwide call to Catholics to prevent health care reform from being derailed by the abortion lobby, the United States Conference of Catholic Bishops has sent bulletin inserts and pulpit announcements to almost 19,000 parishes across the country.

LifeSite News is reporting that CCHD is still funding an organization from provides abortions.  The San Francisco Organizing Project (SFOP) received $200,000 last fall according to the Bellarmine Veritas Ministry.  CCHD and the Archdiocese of San Francisco subsequently investigated SFOP and reaffirmed their support, adding their admiration for its initiatives toward creating a model program for universal health care.