If video fails, go to http://divine-ripples.blogspot.com/2010/09/video-muslims-confront-pope-in-london.html

Muslims call for the death of Pope Benedict XIV during his visit to London on Sept. 18, 2010.
0 comments
Email ThisBlogThis!Share to TwitterShare to FacebookShare to Pinterest

Reform the GOP or start a coalition of true Republicans, Moderate Dems & Independents If the GOP does not respond to the conservatives or even sells out it's soul to pro-aborts, will it be time to form another party?  What is the point of voting for a Republican who no longer stands for Conservative ideals?
Cfr.  Republican pro-life paradigm shift from http://www.prolifeblogs.com/articles/archives/2010/09/new_stanek_wndc_9.php?utm_source=feedburner&utm_medium=feed&utm_campaign=Feed%3A+Prolifeblogs+%28ProLifeBlogs%29
0 comments
Email ThisBlogThis!Share to TwitterShare to FacebookShare to Pinterest

To have a truce with abortion supporters is like ...

To have a truce with abortion supporters is like having a truce with the Nazis. They round up the Jewish people, detain them then put them into hard labor. When they're too weak or sick to work, they gas them and burn their remains. But with a truce, one stands idly by saying, "Sorry, but we need to get our finances in order." 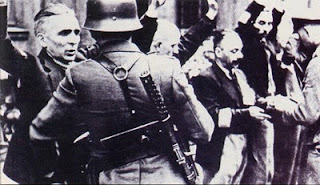 To have a truce with abortion supporters is like having a truce with the Klan. They pick up a black man in the dark of night, bind and gag the poor soul as they head into the woods. They stick a burning cross in his front yard while his wife holds his crying children. In the woods, they beat the man and cut him until when they're done, they end it by tying a noose around his neck and pulling him up a tree while he asphyxiates for his last breath. But with a truce, one looks the other way saying, "We have a deficit to lower so, we can't be distracted by lynching right now." 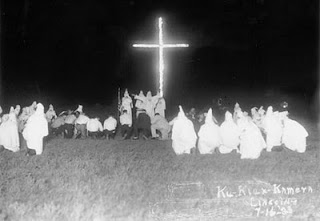 To have a truce with abortion supporters is like having a truce with gang bangers. They ride up to grab a girl, maybe 7 or 8 and push her in the back seat. They pull up an alley and take turns raping her as she cries for her daddy. With a truce, one ignores the shouts and simply closes the window to drown her pleas. Then one pulls down the shade to keep the crime out of sight. With a truce, one talks a little louder stressing, "Our first priority is to control our expenses. That girl's problems is not important right now." 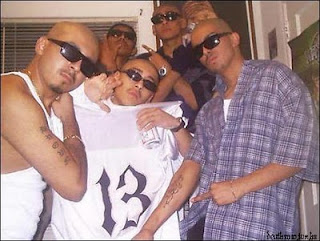 The unborn are people too who are slaughtered daily in the most excruciating way. They are chemically burned or suctioned into pieces. They are cut and pulled apart piece by piece. To have a truce with abortion supporters is to let this carnage continue daily.

It is good that we see Republicans call for this action because, we know who among our party are with distorted morals and values. These people need to be kicked out of the party because they will usher confusion and institutionalize evil and wrong doing within the platform. Pretty soon, people won't have a leg to stand on as they fall for every new compromise to the most horrible crime in our times. Shame on those Republicans.
0 comments
Email ThisBlogThis!Share to TwitterShare to FacebookShare to Pinterest
Newer Posts Older Posts Home
Subscribe to: Posts (Atom)