"Washington, D.C. (September 15, 2010)–International Christian Concern (ICC) has learned that on September 13 Italy’s foreign minister denounced the anti-Christian attacks in Punjab and Kashmir, India where rioters burned a Christian school and church. The attacks were in response to a burned Quran being left at an Islamic center in East Lansing, Michigan last Saturday.  On Sunday, Muslim attackers set fire to the furniture of the church in Malerkotla town, Punjab. The following day, another mob set a Christian school ablaze in Tangmarg village of Kashmir."
More at:  http://www.persecution.org/2010/09/15/italian-fm-condemns-anti-christian-attacks-in-india-following-quran-burning/
Meanwhile back at the ranch, "ABC, CBS, NBC ignore vast opposition to Islamic supremacist mega-mosque at Ground Zero, heavily feature pro-mosque spokesman (including Hamas-linked CAIR)"
More at: http://www.jihadwatch.org/2010/09/abc-cbs-nbc-ignore-vast-opposition-to-islamic-supremacist-mega-mosque-at-ground-zero-heavily-feature.html
0 comments
Email ThisBlogThis!Share to TwitterShare to FacebookShare to Pinterest

But more than just a nice lady, Christine can win because of the following:
Five Reasons O'Donnell Could Win from Ace of Spades:


"1. Coons could always self-implode. There is a small but nontrivial chance any politician will simply blow up. Odds are maybe 2% of that, but it's somethin'.

2. Coons isn't ideologically suited for Delaware himself. He's called a "bearded Marxist" -- he too may be too extreme for Delaware. Thus, we'd have a Republican too far to the right battling a Democrat too far to the left...
3. Coons may not be a great practical candidate, either. Mike Castle just wins elections -- until now -- so when he entered the race no more experienced Republican challenged him. And, I think, no serious Democrat rose to the challenge, either. Just Coons. (In fact, he was unopposed for the nomination -- apparently no one else wanted it, like O'Donnell versus Biden.) So he's not a superman, either.

4. O'Donnell could actually grow as a candidate. She's got a serious amount of work to do, and I don't know if she can do it. But until now she has been entirely on the defensive against attacks from within her party (which is something that has caused a lot of anger among her supporters). Now she's freed up from the constant defenses to do something besides all that. ...

5. The Red Wave might even be bigger than we thought. Actually, I don't know about this one, because I was already thinking of an even bigger Red Wave than most people were and even my big Red Wave, in my mind at least, wasn't enough to do the trick. But with a little help from Coons, and a little help from herself... who knows."

And she's as sensible as anyone else, contrary to what the lamestream media wants to make her look like.

8 comments
Email ThisBlogThis!Share to TwitterShare to FacebookShare to Pinterest

Video: The parallel universe, the alternate reality for the US is here

The parallel universe, the alternate reality for the US is here by stepping into the Obamazone.
Do you really want to go there?

If video fails, go to http://divine-ripples.blogspot.com/2010/09/video-stepping-into-obamazone.html


The Obama Zone from RightChange on Vimeo.
0 comments
Email ThisBlogThis!Share to TwitterShare to FacebookShare to Pinterest 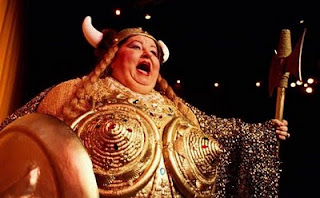 The GOP thinks that certain Tea Party candidates won't pass muster this November & have cut their loses by not even investing.  They'd rather have their regular wheeling and dealing politician and not some starry eyed idealist.

Also, if we settled with the candidate who is morally compromised, does it really help advance the conservative cause or just give the party another bargaining chip.  I guess it is better to take our chances with a possible losing candidate than be sold out by a shoe in.

And besides it ain't over until you know who sings.  Pic from Crescat
0 comments
Email ThisBlogThis!Share to TwitterShare to FacebookShare to Pinterest
Newer Posts Older Posts Home
Subscribe to: Posts (Atom)