Yesterday Bishop Joseph Martino issued an order that in his Scranton, Pennsylvania diocese, "Those whose unworthiness to receive Holy Communion is known publicly to the Church must be refused Holy Communion in order to prevent sacrilege and to prevent the Catholic in question from committing further grave sin through unworthy reception."  Though no names were identified, it is impossible to overlook the fact that  the diocese also posted on the same day an open letter from Bishop Martino of Pennsylvania Senator Robert Casey, in which the bishop reminded the Catholic lawmaker of his moral obligation "to oppose abortion and other clear evils."

Catholics in government service are ordered to oppose any law that attacks human life. Otherwise they are “obstinately” persevering “in manifest grave sin” and “are not to be admitted to Holy Communion.” - Per Canon 915 of the Code of Canon Law.

, , LaCrosse, , and , will enforce this. Eighteen other dioceses have bishops who have suggested the same.  The Most Rev. Raymond L. Burke pointed out that while he has the duty to care for your soul, he has a more fundamental obligation to protect the unborn from being murdered.

In the case of the pro-abortion lawmakers, I wonder what the greater evil is.  Perhaps the IRS might remove the exemption of the Church because the Church is meddling with the affairs of the State.  If the Church is poor, then there is nothing to tax.  If there is something, then the Church should not mind – after all it is only money.  I think the bishops fear turning the others away if they struck a hard line.  I wonder if they will lose more by being timid instead of speaking the truth clearly and consistently. 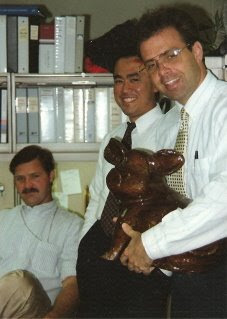 1. your female co-workers do not award you
with the male chauvinist pig icon
2. you don't use your
spittoon when others
are around
3. your woman lets your child live
4. others? Feel free to add.
And on a spiritual note, before one can be a
good Christian,
one needs to be a good man first.
0 comments
Email ThisBlogThis!Share to TwitterShare to FacebookShare to Pinterest

God's dog must be a Wheaten terrier 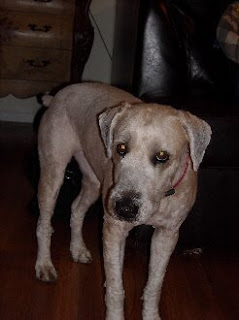 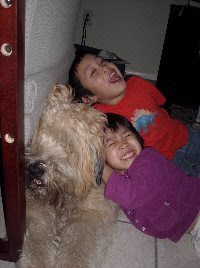 This fluffy breed, a Wheaten terrier, is rated as the best for kids, babies even.  She doesn’t shed.   She took the phobia away from my boys who were afraid of dogs before.  I never heard her growl even when she’s bothered while eating.  Sometimes, my kids accidentally step on her.  She’d yelp then limp away.  But after sometime, she'd be back ready to play again.  She’s obedient even if  she has a mind of her own.  When I come home late, she’d wake from her slumber & stagger to check who’s coming in.  She's usually more enthusiastic & energetic to meet us.  Then, she’d  contently rest at my feet.  She doesn’t get bored nor find the need to entertain herself when I am around.  When we leave, she stays by the door awaiting our return.  She hate baths.  I have to hold her by the leash then hose her down.  But she settles down & accepts her fate by the time I lather her with shampoo.
1 comments
Email ThisBlogThis!Share to TwitterShare to FacebookShare to Pinterest 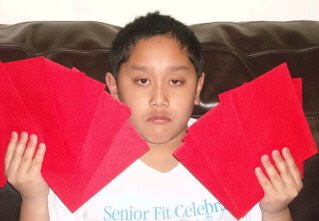 Get a red envelope. You can buy them at Kinkos, stationery or party supply stores. On the front, address it to:

Make sure you also print your name and return address on the envelope. (I think that without it your envelope would just be tossed without being counted.)

On the back of the envelope, write the following message.

This envelope represents one child who died in abortion.
It is empty because that life was denied the chance to offer anything to the world.
Responsibility begins with conception.

Seal the empty envelope. Put a stamp on it and mail it.
The hope is that the president will receive millions of these.
2 comments
Email ThisBlogThis!Share to TwitterShare to FacebookShare to Pinterest 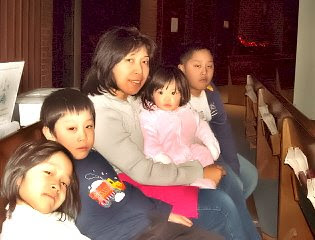 St. John Bosco's method of going to Confessions frequently has produced 29 official saints.  So, I decided to make it a family routine to go every Saturday.  My nine year old has become more docile and my wife more collaborative.  One can go even if one has no grave sins.  It is beneficial because of the grace that the sacrament provides.
From a parenting aspect, it makes it easier because the children are now conscious about obeying God's laws.  St. John Bosco said, "Our words become God's words."  And the kids will be trained to do good all the time whether others see them or not because God always sees them.
It was also hard to start.  The kids were saying how boring it will be & the wife is wondering why I needed to go.  But after the first time, I got my wife to support it and my kids don't find it that bad. And why would it be that bad, God is there.
Frequent confession is a technique given by God to St. John Bosco through visions.  It was a revolutionary idea back in the 19th century but as history shows, it works.
(Picture:  Saturday night family event - Confessions )
6 comments
Email ThisBlogThis!Share to TwitterShare to FacebookShare to Pinterest
Newer Posts Older Posts Home
Subscribe to: Posts (Atom)