Misguided MSM misunderstood & misrepresented for whatever reason - business or to discredit the Church again.  If video fails, go to http://divine-ripples.blogspot.com/2010/11/pope-did-not-change-churchs-teachings.html


www.romereports.com The highly-anticipated book based on a rare interview with the Pope is about to make it to a bookstore near you. "Light of the World" was written by German journalist Peter Seewald, who conducted the interview in six one-hour sessions last summer. H/T InsightScoop


November 23, 2010. Hours before the publication of the book “Light of the World” based on an interview with Benedict XVI, the Vatican newspaper has advanced some of the Pope's responses. His words on the use of condoms has provoked reactions worldwide. The Pope has said that “individual cases that are justified, for example when a prostitute uses a condom, and this can be the first step toward a moral sensitization, a first act of responsibility to develop once again the understanding of the fact that not everything is permitted, and that one cannot do whatever one wishes.”

Given the controversy this raises, the Vatican spokesman Federico Lombardi, said Benedict XVI justifies the use of condoms only in exceptional situations where the exercise of sexuality represents a real danger to the life of another person by spreading AIDS.

According to the Pope, condom use in these cases may be “a primary responsibility,” and “a first step towards a more human sexuality.” And he cites the case of prostitution among men.

Also Benedict XVI recalled that condom use is equivalent to “trivializing sexuality” and “loses its meaning as an expression of love.”

Lombardi said the Pope “does not justify morally disordered exercise of sexuality” and recalled that “the Pope does not change the teaching of the Church on condoms."

On the contrary, it reaffirms its position by offering a perspective on the value and dignity of human sexuality as an expression of love and responsibility.

Another issue addressed in the book are sexual abuses by priests. Benedict XVI says he was not surprised at the existence of these cases because he personally took charge of this problem when he was a cardinal. However, he declared he did not know its extent, and that was for him a “huge shock.”

On the other hand, the Pope also says he would be willing to resign “if physically, mentally and spiritually he ceased to be able to perform” his official duties.

From GloriaTV
1 comments
Email ThisBlogThis!Share to TwitterShare to FacebookShare to Pinterest 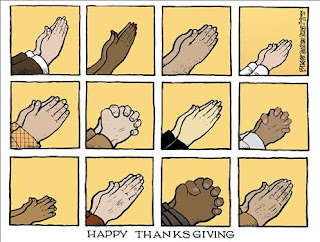 All that we are and all that we have come from God come to think of it.
0 comments
Email ThisBlogThis!Share to TwitterShare to FacebookShare to Pinterest
Newer Posts Older Posts Home
Subscribe to: Posts (Atom)