The Scales Fell Off America's Eyes. Another Bursted Bubble. 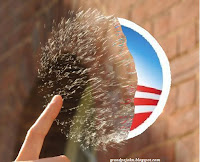 Why was there a sudden reversal of support for the embodiment of hope?  It's because the people realized that he cannot deliver and his solution was taking the country from the frying pan to the fire.
Peter Wehner stated it best as “Obama cast himself as a figure uncorrupted and unco-opted by evil Washington,”. He “promised to be a unifier and not a polarizer; someone nondogmatic and uncontaminated by the special-interest cesspool that Washington had become.” Obama’s appeal was built on the rhetoric of hope and change, on his “freshness and sense of promise.” A cult of personality built up around Obama — not because of what he had achieved but because of what he seemed to embody." ... "That was what we were promised. What we got instead is a president who increased the divisions in our nation, the most partisan and polarizing figure in the history of polling, one who is dogmatic and has been as generous to special interests as any we have seen. The efforts to buy votes in pursuit of the Obama agenda has added sewage to the cesspool."  It was Hillary Clinton of all people who understood Obama best when she said during the campaign, “We have to make people understand that he’s not real.”
So it's curtains for him.  I don't know his end game but it would not be a grab for absolute power because there is no support - not even from his party and much less from the military.  If he's as smart as he's presented, perhaps he can still change course and redeem himself.  I don't like his politics but he is still the president.  So, I pray for his conversion. 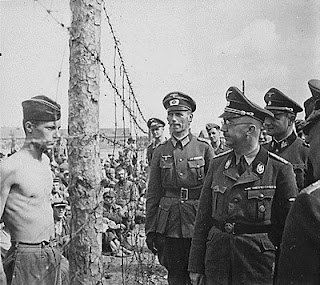 When I was 11, my uncle and I played chess a lot.   (I was pretty good that I can even beat our neighbor’s dad.)  During our games we talked about the war, WWII, a lot.  I lost my grandpa and a granduncle at that war.  I learned about the Geneva Convention protecting everyone’s troops.  It was a civilized war.  When captured, one can disclose his name, rank and serial number then be kept in the POW camps until a prisoner exchange or release can be arranged.

But those rules were for soldiers who fought reasonably i.e. by going after military targets and not harming civilians.  I guess there was no other kind during that war.  The worst was when an enemy dons the uniform of your troops; that one gets to be executed immediately when caught.

I wonder what my uncle would have thought about terrorists who wore no uniforms and attacked civilians.  My guess is that these guys would be lower than maggots where a firing squad would be too dignified for them.  So, he would be perplexed  to know that they will be given civil rights protections and flown in civilian courts for a regular hearing.  These poor excuse for military personnel would be protected by a court appointed lawyers and be making plea deals to bring down their sentences.  They cannot even be interrogated.

Sometimes, I wonder if this country's leaders lack perspective and judgment.  Perhaps Harvard law needs to teach about wartime justice so that their graduates can use the appropriate paradigm and not usher the miscarriages of justice that make the land of freedom a joke in the world. 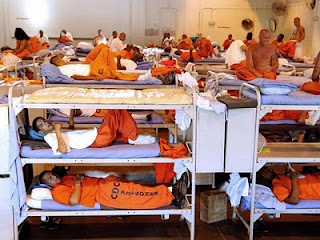