• Travis Irvine is a Libertarian candidate for Congress in Ohio's 12th district.  His campaign has been releasing entertaining and provocative videos on a weekly basis for the last two months.  Most recently, Irvine has lambasted the GOP with a scathing parody of the party's "Pledge to America," entitled "Apology to America," and he has blasted his Democratic rival Paula Brooks as a carpet bagger in a video entitled "Paula Brokes' Carpet Bagging Outlet."  In the video below, Irvine take aim at the Democratic-Republican warfare/welfare state with the help of television personality Matthew Lesko.

Best Unofficial Ad for a Candidate:  p4prez for Rich Whitney

• With a former Republican governor in prison, and a former Democratic governor following closely in his footsteps, an unofficial web-ad for Green Party gubernatorial candidate in Illinois, Rich Whitney, asks "What will change?" if the state's voters continue to support Republicans and Democrats.

• Jake Towne is an independent libertarian candidate for Congress in Pennsylvania's 15th district.  The following thirty second promotional video is the only such ad I've seen from a third party or independent candidate that is completely animated:

Most Creative Use of Cultural and Political Cliches: Lincoln Chafee

• An ad for Lincoln Chafee, independent candidate for governor of Rhode Island, takes a look at his Republican rival Frank Caprio.  Entitled "Caprio's Shoes," the ad begins by stating, "They say you only know a man once you've walked a mile in his shoes."  It turns out that Caprio wears flip flops.

• Dennis Lambert is the Green Party candidate for state representative in Ohio's 89th district.  A video on his Youtube channel entitled "Green Vote" speaks for itself.

Most Aggressive Challenge to a Major Party Rival:  Alex Snitker

• In this short video, Libertarian candidate for US Senate in Florida, Alex Snitker, calls out Republican Marco Rubio, asking: "Why is Marco Rubio afraid of Alex Snitker?"

• In this dramatic 44 second ad, Libertarian candidate for Congress in Texas's 32nd district, John Jay Myers lays out the stark choice facing the people of the United States.

• Gail Giaramita is the Constitution Party candidate in Mississippi's 1st district.  In this campaign video, Giaramita argues that "America is a body with cancer" and states that "the ballot box will not save us."

Most shameless self-promotion in a video roundup: Poli-Tea

• If you recall, a few months ago Poli-Tea released its first web-ad urging viewers to declare their political independence from the Democratic and Republican parties, and end the cycle of lesser evilism.  To my knowledge, it is one of the few ads on the web advocating independent and third party politics as such.

4 comments
Email ThisBlogThis!Share to TwitterShare to FacebookShare to Pinterest

In the Philippines, the bishops will excommunicate the president for pushing contraception.  It's all related.  The sexual immoralities of fornication that is promoted by contraception with divorce or abortion;  sometimes the contraception fails.

The Inquirer reports:  MANILA, Philippines—The president of the Catholic Bishops’ Conference of the Philippines on Wednesday reminded President Aquino III that providing contraceptives to poor couples who opt for artificial birth control face excommunication from the church.  Speaking on the Church-run Radio Veritas, Bishop Nereo Odchimar of Tandag, Surigao del Sur, the current CBCP president, said that even Mr. Aquino may be covered by excommunication. Mr. Aquino, a practicing Catholic, has stood by his position that Filipino couples who choose to use artificial contraceptives should be allowed to do so.
Back in the USA, we will never forget how a certain cardinal allowed the late Ted Kennedy to receive Holy Communion despite his marital condition and total support for abortion laws while living.  When the late senator died, the cardinal graced his funeral Mass.
And coconuts are indigenous to the Philippines just as peanuts are here. 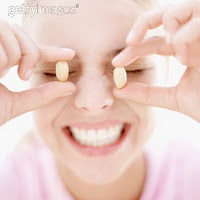 Peanut
0 comments
Email ThisBlogThis!Share to TwitterShare to FacebookShare to Pinterest

A tree is known by its fruits. Although Obama has been talking a lot about godliness these days, you can see in todays' activities against pro-lifers that all that is just talk.   This makes St. Paul's warning timely:   "...For such men are false apostles, deceitful workers, disguising themselves as apostles of Christ. And no wonder, for even Satan disguises himself as an angel of light. Therefore it is not surprising if his servants also disguise themselves as servants of righteousness; whose end shall be according to their deeds." ( Corinthians 11:12-15)

Les Femmes writes:
President Obama is invoking the name of Jesus these days. At an Albuquerque town hall on Tuesday he claimed that the teachings of Jesus inspired him in his life of public service. Moving on.... he defended killing Christ's babies. Obama's words about following Christ, "the precepts of Jesus Christ spoke to me in terms of the kind of life that I would want to lead - being my brothers’ and sisters’ keeper, treating others as they would treat me," are a clanging cymbal set against his actions. And in fact a question or two after making his Jesus statement, he defended abortion using Bill Clinton's appalling word game that he wanted to make abortion "safe, legal, and rare." Actions speak louder than words and Obama's actions are for murdering babies even in the last moments before birth. As an Illinois senator he voted in favor of the gruesome partial birth abortion procedure and even voted against providing life support for babies born alive."
And today, "Documents LifeNews.com obtained today reveal the Obama administration partnered with leading pro-abortion organizations to host an FBI training seminar in August with the main focus of declaring as "violent" the free speech activities of pro-life Americans.  On August 25, 2010, the FBI and the United States Department of Justice co-sponsored a training seminar with Planned Parenthood, the National Abortion Federation and the Feminist Majority Foundation."  (H/T to Creative Minority Report)

( If video fails, go to  http://divine-ripples.blogspot.com/2010/10/viral-music-video-songwriter-lost-day.html  )

Video: US schools corrupted by the teachers' unions 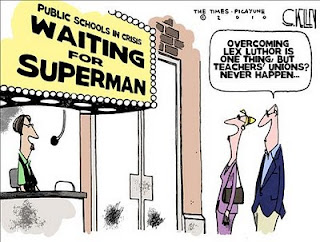